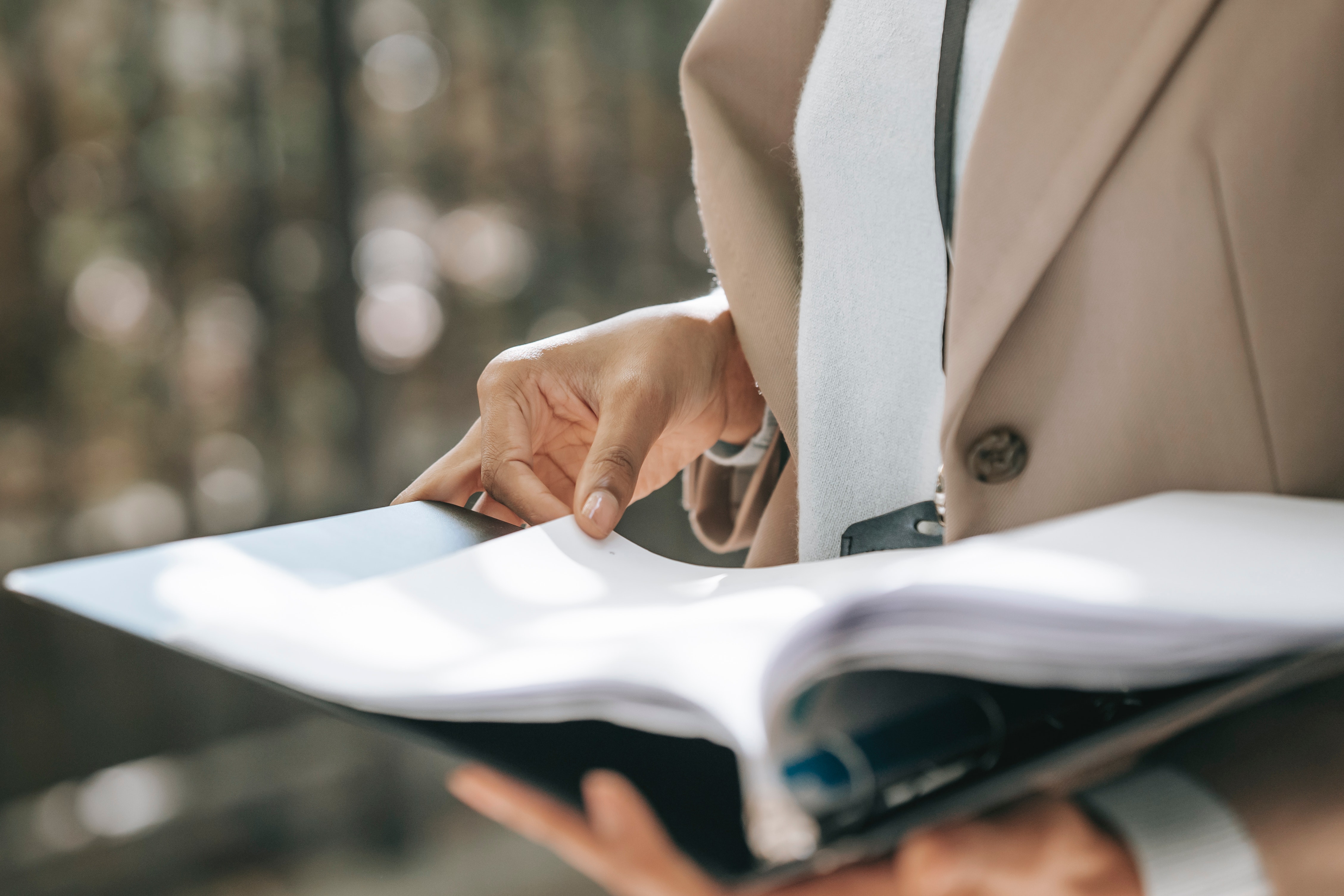 Leasing is an important way through which companies obtain the tools, equipment, facilities, and resources they need to do business. However, leasing transactions haven't always had a great degree of transparency on balance sheets.

Since a lease has a lasting financial impact, both on the lessors and the lessees, knowing how lease contracts stand between two companies is extremely important.

The new lease accounting standards have been defined to provide greater clarity, transparency, and legal support to companies engaging in lease transactions.

If you are a lessor or a lessee, this article will give you all the information you need to engage in lease contracts.

What is the New Lease Standard?

As per the newly released standards, all lessees and lessors are expected to honestly declare most of the lease transactions they have undertaken during the accounting year in their books of accounts.

The new lease accounting standards apply to all private and public entities engaging in lease transactions. They have been implemented to change the way companies report about leases.

They consist of multiple international standards, which include IFRS 16, ASC 842, GABS 87, and GABS 96.

All real estate, equipment, and vehicle leases, particularly those that last for 12 months or longer, must be declared in the companies’ financial statements to ensure there is compliance with the law which came into effect in many countries in 2019.

Why All the Lease Accounting Changes?

Prior to the implementation of the new lease accounting standards, many companies globally kept leases off their financial records. This created two challenges:

These challenges necessitated the need for a change in the way lease transactions were reported.

The Creation of IFRS 16 as an International Leasing Standard

Between April 2001 and December 2004, the International Accounting Standards Board (IASB) adopted and issued a variety of standards, such as:

These new rules required all lessees and lessors to become more open and transparent about the lease transactions they were engaging in.

These standards came together to form the International Financial Reporting Standards (IFRS) 16 in 2016.

Then in 2019, the ISAB implemented the IFRS 16, which ultimately governs how leasing transactions are recognized, measured, presented, and disclosed in books of accounts.

The IFRS 16 requires companies to identify the specific assets and liabilities for all leases that are longer than 12 months in duration.

The need for new lease accounting standards became apparent in the United States in 2005.

The Securities and Exchange Commission (SEC) released news that a staggering US$1.25 trillion worth of business was not reported in company balance sheets because they were classified as leases.

This absence of transparency prompted the US Financial Accounting Standards Board (FASB) to bring in three accounting standards – ASC 842, GABS 87, and GABS 96.

The ASC 842 or Topic 842 requires every public company to report their leasing transactions in their balance sheets if:

Issued by the Governmental Accounting Standards Board, the GASB 87 requires all companies to list every lease above 12 months duration as liabilities and assets.

The GASB 96 covers all leases pertaining to Subscription-Based Information Technology Agreements (SBITA), which focus on cloud-based and other technology-subscription-specific leases.

All four standards, which cumulatively make up the new lease accounting standards, require eligible companies to record clearly and in detail the majority of their lease transactions to prevent off-balance-sheet activities.

Ultimately, the goal of the new standards is to ensure that all stakeholders of a company’s financial statements have adequate information about the financial obligations, risks, and rewards pertaining to the leased asset life cycle.

When Did the Standards Come Into Effect?

Both public and private companies have different dates on which the FASB new lease accounting standards went into effect.

These dates were applicable for both for-profits and non-profits that are public or private, respectively.

The implementation of the new lease accounting standards is set to impact companies in three distinct ways:

The new standards will impact how leases are reported and the type of liabilities they ultimately create for the lessee and lessor. Adherence to any debt covenants pertaining to the lease transaction may be impacted as a result.

How a lessor leases out an asset, how a lessee vets and chooses a lessor, and any other decisions regarding the lease, ultimately depend on the leasing policies created by each company.

The new standards will affect what these policies entail, how they are revised/updated and how future leasing policies will be established.

The new standards expect a great degree of information about exactly how lease transactions play out in every site/location where the asset is used.

Therefore, companies will need to record in detail all processes related to the leased asset and create controls that govern all leases organization-wide.

More centralized documentation needs to be created for easier compliance with the standards.

Does Your Company Come Under the New Lease Accounting Standards?

In order to understand how your company may be impacted by the new lease accounting standards, it is important to know how ASC 842 defines the term “lease.”

According to ASC 842, a “lease” is defined as a “contract.” In turn, ASC 842 defines the following – “A contract is or contains a lease if the contract conveys the right to control the use of identified property, plant, or equipment (an identified asset) for a period of time in exchange for consideration.”

Additionally, in order for this particular definition to be applicable to a company that engages in a leasing transaction, two distinct requirements must be met:

All leasing transactions that fit the above description are required under the new lease accounting standards to be reported (especially those longer than 12 months).

Financial leases are leases where, for the duration of the lease, both the risks and rewards associated with the lease, are transferred to the lessee.

Operating leases are leases where, for the duration of the lease, both the risks and rewards associated with the lease, remain with the lessor.

In order to differentiate between the two, the IFRS asks companies to consider the following criteria:

Under ASC 842, the following types of leases come within the scope of the new standards:

While a vast majority of lease contracts between companies fall within the purview of the above five categories, there are some exceptions to the standards. Here is a list of lease transactions that do not fall within the scope of ASC 842:

What Changes are Required of Companies?

The lease accounting changes that are expected to be reflected include the following:

The company’s balance sheet is expected to also record:

The new standards may affect the amount of debt a company shows on its financial statements while simultaneously not impacting the company’s equity.

Reporting changes in ratio analysis can give stakeholders a better idea of the company’s performance.

Practical expedients can help the lessee reduce the complexity of the transition to the new standards by providing certain leeway in reporting their lease transactions. These expedients typically apply to:

Depending on their specific eligibility to apply these expedients, companies may be allowed to use either full or modified retrospective approaches.

The time it can take to implement the required accounting modifications to accommodate the new lease accounting standards can differ based on how many leases your company holds.

Let’s say we categorize companies in the following manner:

Now let’s assume that it takes at least 1, 1.5, and 2 months respectively, for each of the three categories of companies to implement the changes required as per the new lease accounting standards.

Considering the above criteria, it can take companies a minimum of this much time to implement the new accounting:

Of course, these times may be different for your company, depending on your unique lease administration needs.

Implementation of the new lease accounting standards can be challenging, especially when you don’t have a centralized database that can help you manage all lease agreements with care.

It helps to have a flexible and customizable lease management platform, which can support your company’s transition to the new standards.

That’s where LeasO comes in.

LeasO's Lease Management software is already fully-compliant with tools that allow you to effortlessly comply with IFRS 16 and other new lease accounting standards. Get in touch with us today to see how it works.